An Aspie’s Learnings in Social Competence 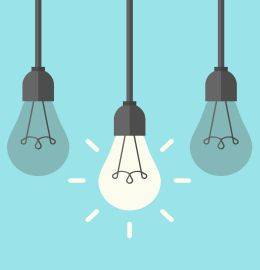 
If only I knew then what I know now. If only I had been more socially competent growing up than I had been in reality. There were so many missed opportunities, friendships and relationships that might have materialized but didn’t, opportunities for building self-esteem that eluded me, bullying episodes that I might have avoided, and whatever else I missed out on. If only…


At least in part because of Asperger’s, I have had to deal with deficiencies in self-awareness, in awareness of others around me, in social skills, and, in social competence. Gradually, I was able to chip away at these deficiencies through self-discovery and help from others, and eventually I met my wife who encouraged me to pursue the Social Thinking® Methodology after she had learned about it from my autistic son’s speech-language pathologist.

As a result of the work I have been doing around the principles of Social Thinking, I am now aware of and understand the concepts of hidden rules and social expectation. One day in the lunch room I started to put these concepts to work and have done so regularly since that day. Nowadays while I’m there, I will leverage the knowledge I have of my co-workers and initiate conversations with them about their lives outside of work. They always respond favorably toward me when I do so. One of my colleagues and I found common ground as a result of idle chit chat. We both have a child on the autism spectrum. Now, I regularly ask her how her daughter is doing, and we share stories of our kids’ triumphs and hardships. She appreciates it when I express an interest in her and her daughter’s lives, and I appreciate it when she does the same with respect to my son and me. I do the same with other colleagues when I see them in the lunch room, using what I know about them to initiate conversation.


In closing, even though I didn’t know growing up what I know now with respect to social competence, I can at least look forward to what lies ahead by virtue of my increasing social and self-awareness and all of the benefits these bring to life. To Social Thinking, I say an impassioned “thank you!” 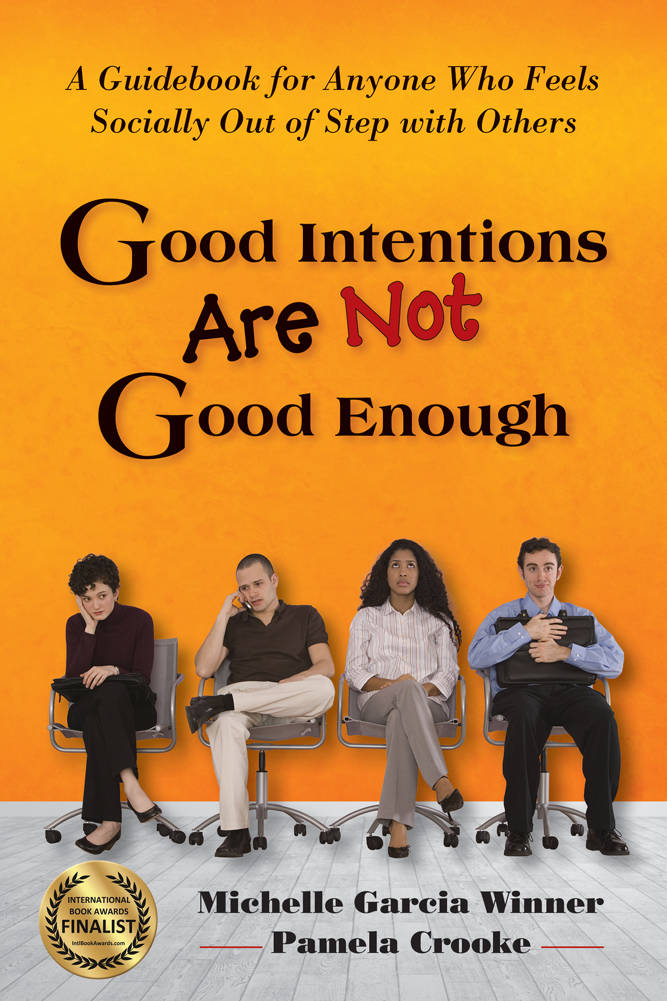 Good Intentions Are Not Good Enough

This award-winning book unpacks the power of our social cognition. It’s written for both neurotypcial and Neurodivergent adult readers to better understand the powerful ways in which we “read” not only what people mean by what they say, but also how others perceive how we emotionally relate. The title reflects a problem experienced by so many clients who report their “good intentions” were met with disappointing outcomes as they worked towards their social goals. This book is also a good primer for neurotypical employers/employees or HR departments to read about the experiences and perspectives of Neurodivergent coworkers, and perhaps develop empathy for the complexity of the bi-directional social learning process. Provides practical strategies for how to effectively work in a group, understand the hidden rules of the social world—including workplace etiquette and politics—and build relationships.
see more 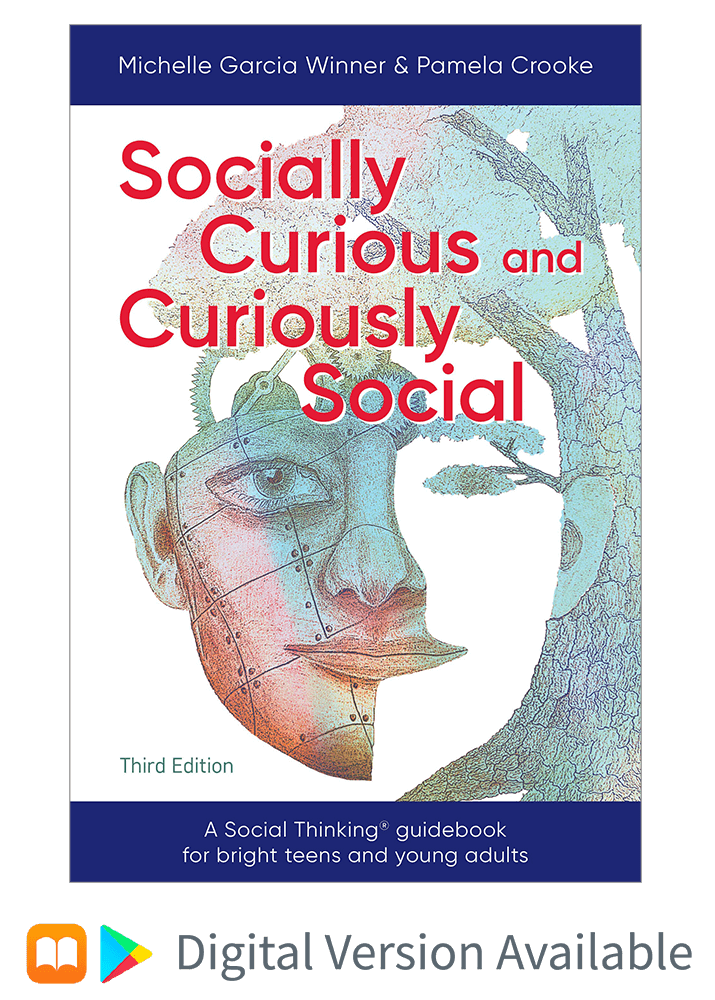 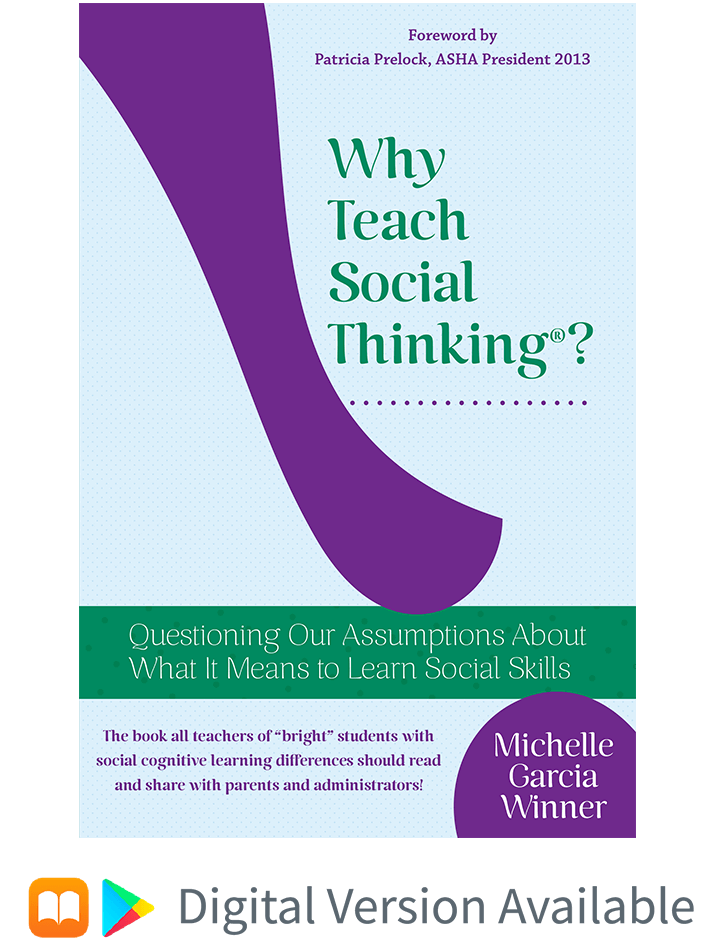 This unique resource explores core questions related to the importance of social emotional learning in academic, professional, and personal well-being. Why Teach details how components of the Social Thinking® Methodology can support learning in a group, paying attention, self-regulating emotions, and even improving academic performance. It also addresses the evidence-informed and research base that is foundational to the Social Thinking® Methodology. Includes a free readers’ study guide.
see more 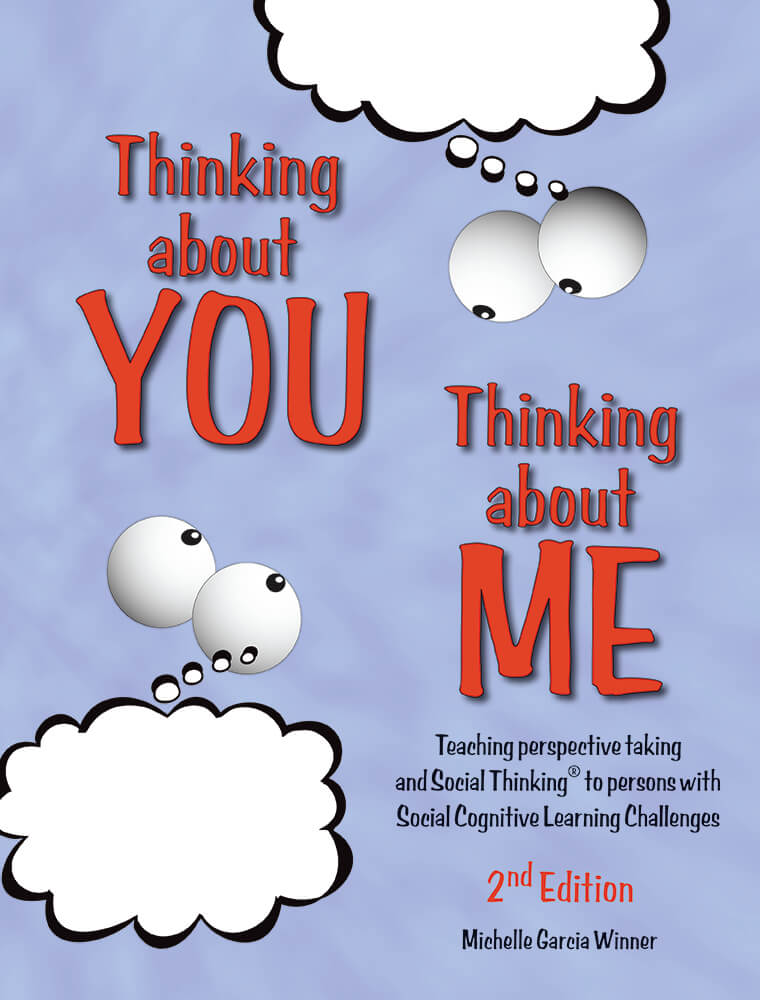 Our informative and accessible bestseller is ground zero for understanding and applying core components of the Social Thinking Methodology. It explores the social learning process and weaves together research with ways to teach specific social competencies. Introduces core treatment frameworks and related strategies and presents the Social Thinking Dynamic Assessment Protocol. Foundational reading for professionals and family members.
see more
Browse All Products 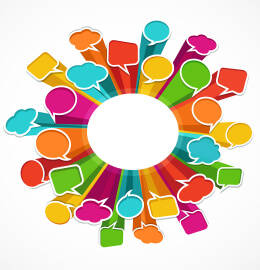 Why Use the Social Thinking Methodology? 19 Concepts to Consider

Social thinking is what we do when we share space with others and when sending an email, sitting in a classroom, lining up at the grocery store, reading a work of fiction, watching a funny video clip, participating in a business meeting, driving in traffic, and a host of other daily activities that involve our social interpretation and related reactions. The Social Thinking Methodology provides teaching and support frameworks and strategies that encourage individuals to focus their social attention, interpret the social context, and socially problem solve to figure out how to respond to this social information, with the overall goal of helping them make gains toward their social goals.
see more 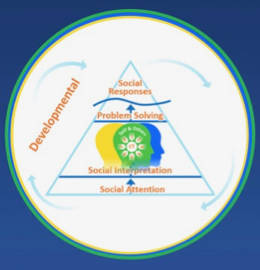 Have you ever wondered how we participate in the social world? How do we know what to do or say in a given situation? The Social Thinking-Social Competency Model breaks down this big, complex process into four foundational steps for our students to learn, use, and build on throughout their lives. Explore the steps and let them support your teaching!
see more 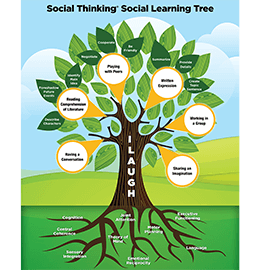 Learning evolves. The brain’s capacity to acquire new knowledge helps determine how and what we intuitively learn. Some learning happens as a matter of cognitive, social, and emotional development, i.e., from the “inside out,” while other learning happens “from the outside in.” For those of us who are neurotypical, social learning helps us bond with our caregivers early in life then paves the way for language development, more advanced relations, and an understanding of abstract social concepts that grows through experience and maturity.
see more 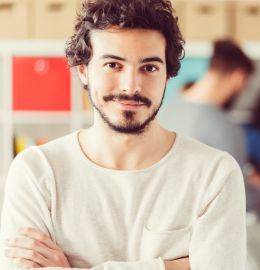 My Experiences with Social Thinking

A man with social-cognitive learning differences (in this case challenges)—who is also a speech-language pathologist—shares the impact learning about and applying the Social Thinking Methodology has had in both his professional and personal lives.
see more
Browse All Articles
Copyright © 2022 Think Social Publishing, Inc. All Rights Reserved.
View Cart